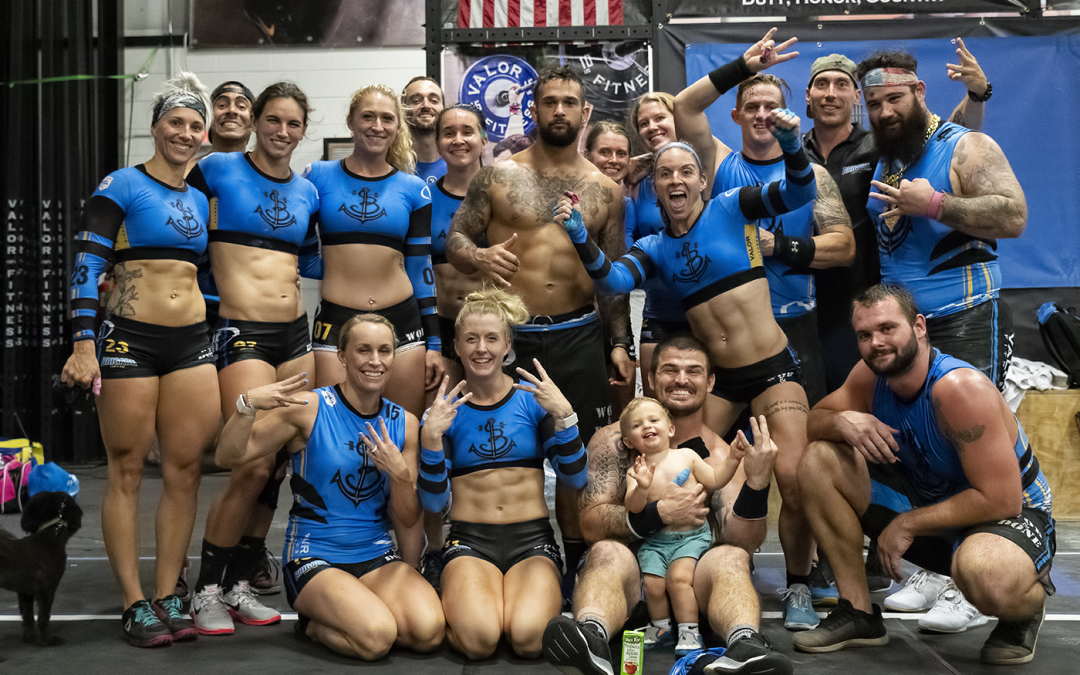 I was a gymnast for 14+ years… so I’ve always been a competitive person and had that competitive edge my entire life.

After being done with gymnastics, I found CrossFit. Being a high level gymnast automatically translates positively for CrossFit, so I had a huge advantage from the start that not many people have. I went to regionals with a team just a few months into starting CrossFit and again the following year. After going to regionals twice and doing a ton of local comps, I just started getting bored,  I felt it started getting repetitive… and I wasn’t into as much after a few years. The competition side of it at least. And when you lose that, the excitement of training for something gets lost as well. It should be fun, and it wasn’t fun anymore.

Then I found GRID… I did a GRID 6 and immediately knew GRID was something I could actually look forward to in training again. It was the most fun I had competing since my first year of doing CF.

If you haven’t heard about GRID, look it up, because you are missing out! The adrenaline, the excitement, the electricity of the crowd… it doesn’t end. The entire 2 hours of a match is pure HYPE for both players and spectators. It is just like any other major sport that goes head-to-head against one other team, except way more exciting and much more fast paced than ANY other sport! 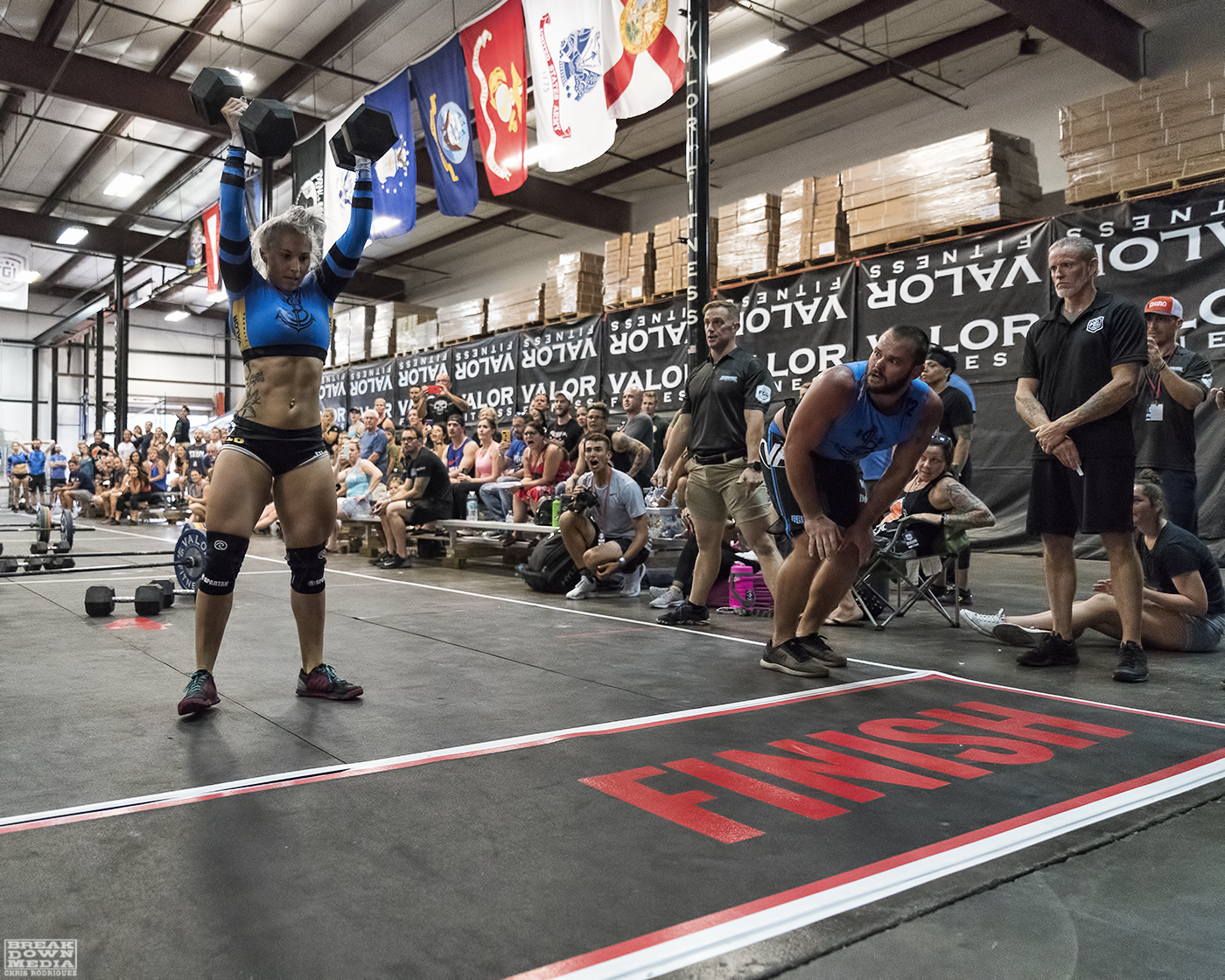 Now, I’m bringing in the spectator side because I played the first year in the Florida Grid League (FGL), then took a year off and played cheerleader for my team and I played again in the 3rd FGL season. So, as a spectator in the second year.. I’ve seen both sides to the sport and I can honestly say, it’s way more exciting than watching even the top regional and games athletes perform individually. It’s like cheering for your favorite football team(or at least I think..because even though I don’t have a favorite team, most people do, and all of my friends are 100% tuned in and yelling at the screen every time their game is on haha) And THAT is how a GRID match is. 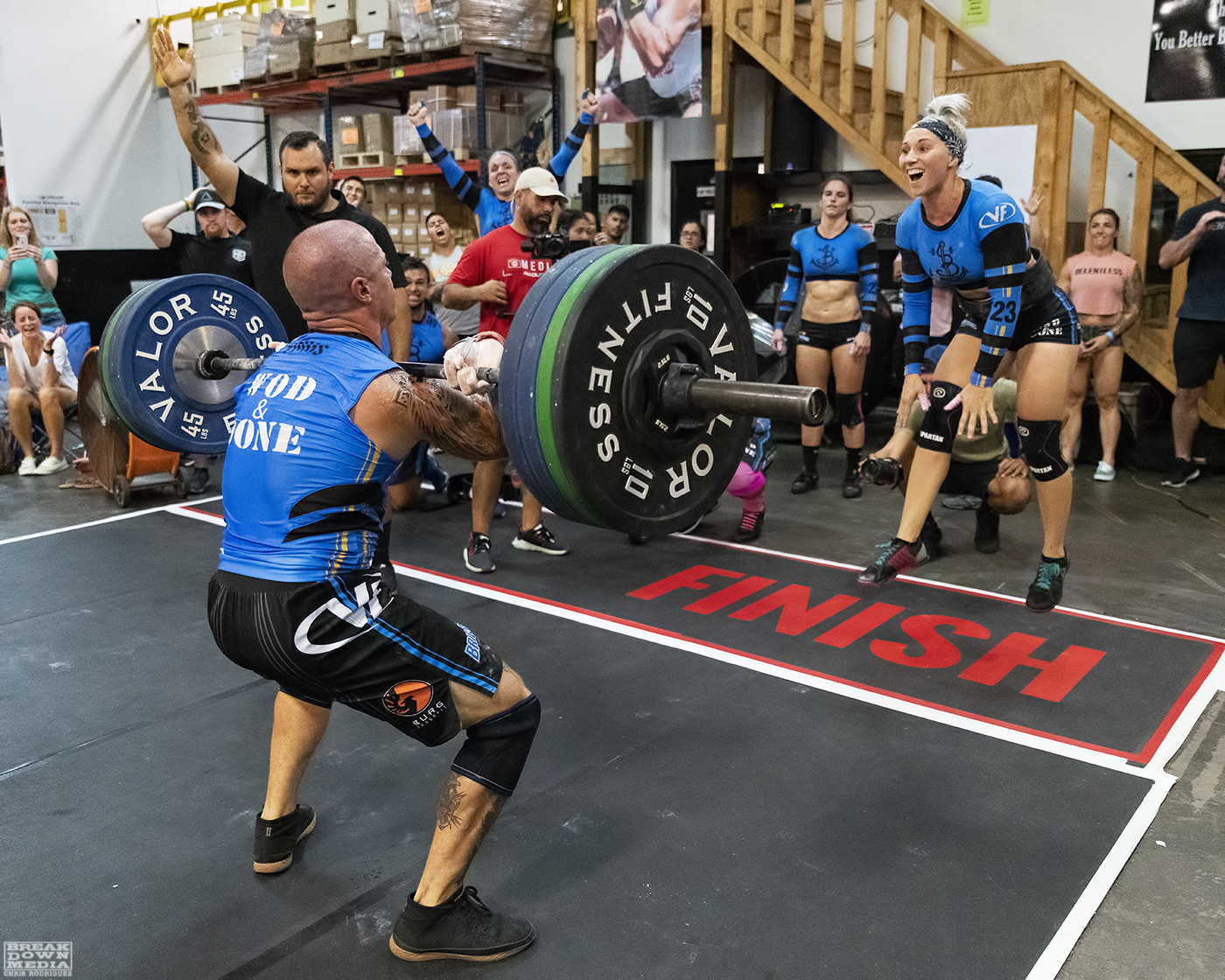 Any local CrossFit comp, regionals or any for that matter… you watch the same workout over and over in numerous heats. As a spectator it gets extremely boring to watch… and as a competing athlete, it’s even worse.. you’re hyped for 10 minutes at a time then it wears off with 2 hours  or so in between events and your heat times.. having to re-warm up and do it all over and try to get excited again.  GRID is the complete opposite. There’s no resting… the excitement and adrenaline doesn’t stop on either side – playing or watching.

However, just to be clear – I’m not ragging on CrossFit whatsoever. I love CrossFit! I just much prefer the training methodology behind it over the sport/competition side of it. So playing GRID – I get the best of them both! 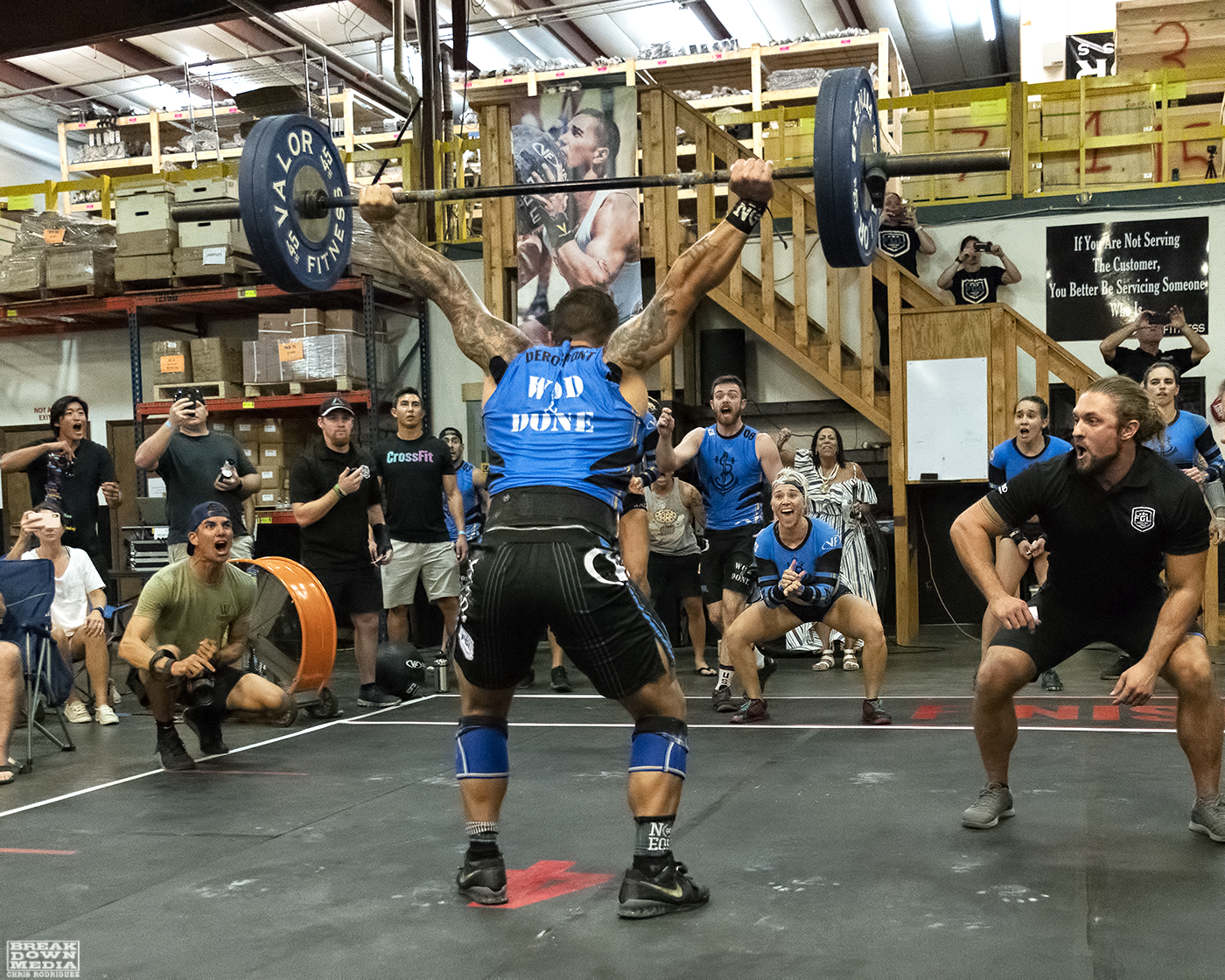 Being a competitive gymnast all my years growing up (it’s technically a team sport) but you’re competing individually on each event. I never really stuck to many team sports growing up because I was too serious with gymnastics, so GRID has taught me what it truly means to be on a team. It’s a family and it makes competing so much more fun knowing you have that. It’s not about being on the GRID more than anyone else, it’s about giving it your all, as fast as you can and knowing your spot as a teammate. Knowing there are people that have your back as an athlete/teammate/friend whether you win or lose, your team is still there. 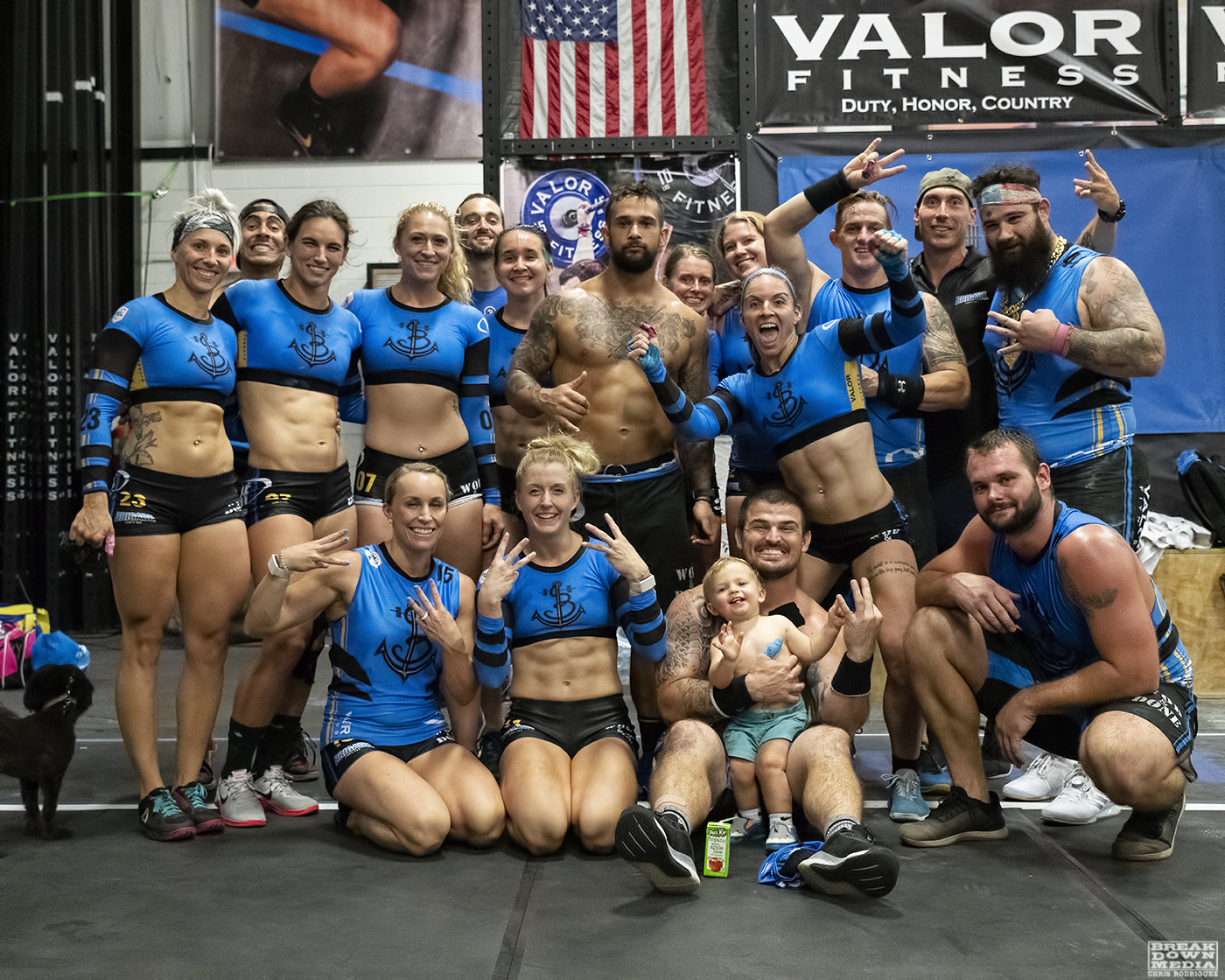 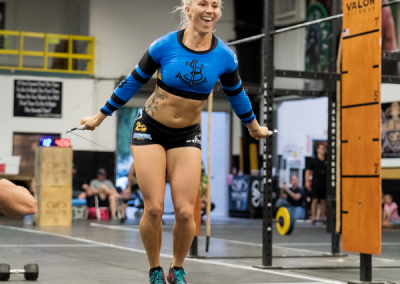 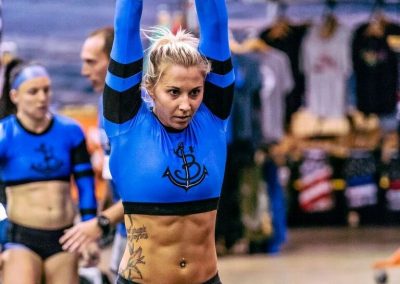 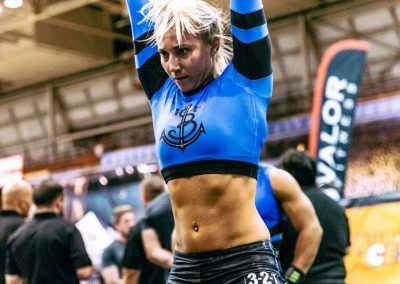 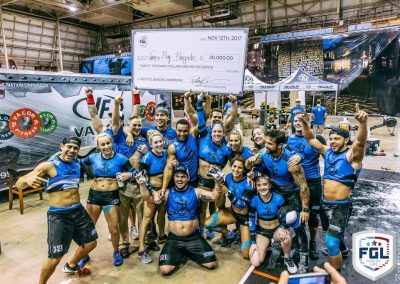 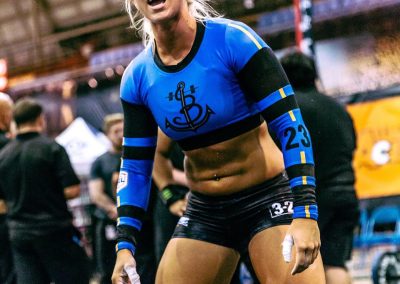 I have struggled with having a negative mindset for years. It's taken a ton of work but I am starting to see myself on the other side.

Within the past year I have incorporated a new style of workout into my routine that is great for all types of fitness journeys. I made a workout e-book with some of my favorites that you can grab yourself at the link below!